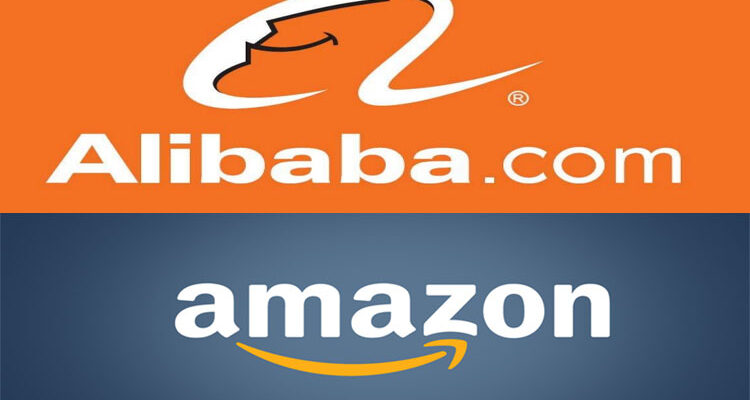 Ecommerce is a thriving industry which is being used by people throughout the day to easily make online purchases. As a result, many companies are now turning to the internet to attract more consumers. Amazon and Alibaba have become the world’s two e-commerce empires. They strive to become the world leader against one another. In 1994, Jeff Bezos formed Amazon, while Jack Ma created Alibaba in 1999. Both use their own frameworks or business models that give consumers or retailers great service. Both function in various settings, however.

Alibaba is a predominant market for Chinese products shopping. They does not own warehouse of the sold products and link consumers and retailers On the other hand, Amazon is a re-seller that manages and sells its product and supply chain to the consumer directly. Amazon is the largest e-commerce organization worldwide with USD 800 trillion in enterprise value, with Alibaba half the size. Both of these are champions in almost all of their sectors, Amazon in the United States and Alibaba in China. They are fast expanding their domains into startup businesses such as food and the internet. The dissimilarity, however, is that Chinese production offers a chance for massive growth. Investors therefore consider Alibaba as a substitute.

The business models of both Alibaba and Amazon seek to promote the transaction and the connectivity of customers and business people. However, because of the diverse contexts they work in, both have special strategies in which to implement this technique. Amazon’s main market income includes online and physical stores, third-party distributor, subscription, and advertisement services. Revenues for Alibaba include fundamental trade, digital media and entertainment projects and enterprise solutions. Both organizations spend in emerging businesses, such as online subscription services like music and video streaming, which have yet to benefit, but are fast-growing enterprises with a promising career scope.

Both corporations have their own markets and a network of companies complementing their core activities. Fulfillment and distribution is the strategic edge of Amazon. One of the reasons Amazon leads its rivals is to concentrate on the less appealing money products of e-commerce. The products are supplied to the customer by storage, distributing centers, and vehicles.  Amazon’s direct marketing company corresponds to a low-buy, high-selling online store and generates sales fees from its third-party vendor services. In comparison to Alibaba’s basic marketplace business model, goods sold by third party vendors in Amazon are either completed by merchants or completed by Amazon (FBA). FBM items are in the third-party storage of the distributor and the third-party vendor is responsible for the distribution and customer service. In the Amazon fulfillment centers, FBA products are processed, with Amazon managing delivery and customer support.

The long-term aim of Jeff Bezas is to create far more customer-oriented company in the world is really no mystery. Amazon has proven to be reliable and competitive in terms of price, distribution and sales service for customers. In order to guarantee the best service for their customers, Amazon focuses on building its own platform. To ensure a smooth and reliable distribution toward its target audience, the company built its own distribution network.

On the contrary, Alibaba developed a business model, which varies interestingly from the Amazon model. Alibaba is categorized into three companies: Alibaba, Taobao and Tmall, which function as a single unit. The websites provide a forum for different types of customers and traders to deal with goods, making it one of the most important transactions in the Chinese e-commerce market. Alibaba works with an innovative pricing model and makes purchases simpler. They control the market and request a nominal fee, but do not keep or sell any products directly. This enables them to work as a free marketplace where neither the retailer nor consumer would pay a service fee. In reality, Taobao’s almost seven million active search engines pay higher ratings, creating advertisement revenue for Alibaba, which mirrored the core business model of Google. Alibaba was only able to turn its focus to achievement and logistics after Taobao surpassed its size.

Alibaba’s Taobao division accounts for more than 80 percent of its revenue and consists of two main segments: The overwhelming majority of the income they collect from the business. The Taobao marketplace lists products for sale by customers and small businesses. Taobao is Amazon-like market. It’s a B2C network that can directly market big corporations and products to customers.

Alibaba also has a separate page for bigger distributors while Taobao speaks more to smaller dealers. Tmall is the online shop which serves popular brands such as Zara, Nike and Hugo Boss. Tmall is able to produce profits from deposits, yearly charges and fees for transactions paid to retailers that use the site despite its smaller audience of active vendors.  China’s market sector actually commenced in the early 2000s, and Alibaba too was established in that time. Since the economy was still in its basic phase, many existing retailers, inadequate distribution networks and low global household incomes existed. Moreover, competition was poor, making the development of a new network of online businesses simpler for Alibaba by offering them with a product platform.

The implications of the predominant and advanced Alibaba business model can starting to be seen currently. Its ecommerce businesses have a much higher operating margin and far less capital-intensive network. In addition, Alibaba might list more goods than Amazon for such a framework, which gives customers a broader range of choices. Expanding to new markets without the need to develop infrastructure is fairly fast and simple. Abnormal profits and higher ROIC are therefore created.

Alibaba seems to have a lock on the China market and Amazon is the unquestionable king of the United States. They both have such an enormous start – and a detailed understanding of their markets and models – that knocking from one’ s vantage point will be exceptionally difficult for one. But Jack Ma of Alibaba mentioned that they intends to purchase sincerely in the United States. And, although it proves costly, Amazon is not known for frightening away from fighting.