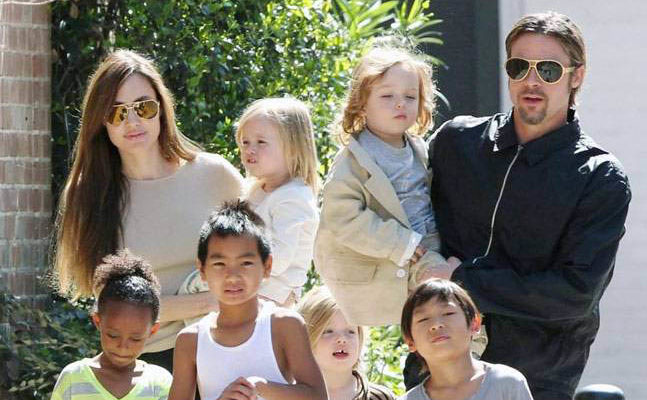 Everybody is quite familiar from the famous American actress, filmmaker and a great humanitarian Angelina Jolie. Angelina is one of the famous and active social activists of 21st Century. In fact, she is the most highly-paid Hollywood actress. Well, a few months back; the rumors were that Angelina and Brad have decided to end their marriage relationship. Angelina and Brad are considered as one of the most loving and charming couple of Hollywood industry.

In September 2016, it was clearly announced on social media and other famous platforms that Angelina had finally filed for the divorce. The question that came in everybody’s mind was that who will take the custody of the kids. As per Angelina’s statement:

“There were various issues behind her decision of getting divorce. Thought, she wants to take the legal custody of the kids and want fair and calm conversation with Brad on this issue”.

On the other hand, Brad said:

“I am very much disappointed and sad by this, but the thing matters now is the custody of our kids”.

The lawyer hired by Angelina highlighted that Angelina has filed divorce for the health of the family. However, the divorced news got another interesting twist when they both actually decided to adopt 7th Child. They had already six kids in which they have three biological infants and other three are adopted. On February 1st, Angelina has finally revealed that she is going to add a new child in their family. Brad was apparently not the part of this adoption, but as per Angelina, they will always be a family. The decision of separation was just taken for the health of the family. Angelina decided to adopt the 7th child from the Middle East war-torn area to give a new and healthy life to an innocent soul.

While talking to the BBC, she said:

“I don’t want to debate on this topic, except that I am going through hard time of my life. However, we are a family and we will remain a family, and hopefully this difficult phase of life will be passed soon. There are so many people facing this situation, but my focus is my kids and our family. I am just trying to sort out the things in a good way”.

According to the media, the main reason behind their divorce is that Angelina was quite upset with the Brad’s parenting style. She was very much worried about the kids and the way they were raised by their father. In an interview, Brad himself accepts this fact that his wife was the one who work harder in raising the kids. Whenever, Angelina got off; the very first thing she used to do is to take the kids out to spend time with them. Whether she is tired or not, she always plan adventurous things to create a healthy bond with the kids. She is always planning interesting and memorable experiences for them.

According to recent rumors, Brad is quite confident that he will get joint custody. On the other hand, the news of child adoption is not finalized yet, so let’s hope for the best for both Angelina and Brad.