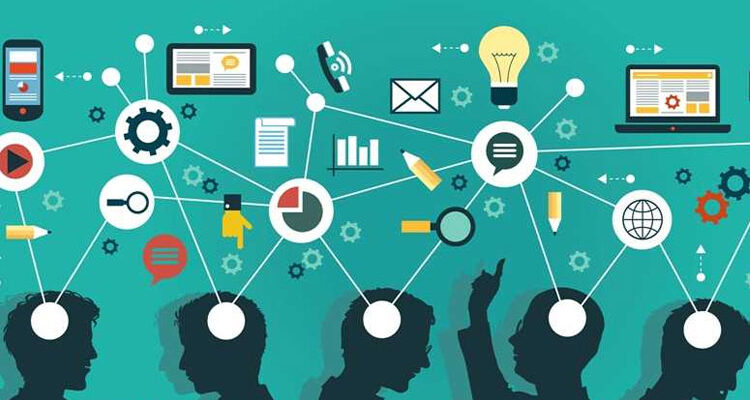 Technology has become an essential part of our lives making the lifestyle of human beings electronic. The advanced techniques added in technology have made the world faster than before and new devices launched in the current era have provided people with advanced equipment and tools to coordinate with each other. The faraway relatives can be contacted within seconds and long distances can be reached within seconds only because of technology. Technology has made the life of human beings somehow easier but in many cases, it has some drawbacks as well. People have become addicted to the latest technology equipment. The use of social media on mobile phones has set us apart from our social gatherings. Specifically, youth has been badly affected due to these inventions and have become anti-social.

Ease in Life Provided by Technology

Technology has helped people to stay in contact even if their relatives are far away. The loved ones being in different countries can be contacted through either voice calls or video calls. We can even see the next person through video calling and communicate freely with the help of the latest applications introduced only because of technology.  The communication could be done through emails, voice chats, video calls, and text messages.

Human-like robots have been invented in different parts of the world that have provided human beings with a lot of facilities. A lot of restaurants in the world are using robots as waiters and order takers to present a unique idea in the world and to attract customers to the restaurants. The robots are invented with similar features as human beings and can talk and even walk, sit and play like humans. These are some of the most astonishing inventions of the modern era.

The latest technology has provided the world with a lot of innovative and creative ideas that are most usually utilized all over the world. The 3D inventions including the graphics designed and the sketches made by online software are also an invention of advanced technology. 3D printing can also be done for the purpose of marketing in any business. Even a lot of medical centers are working to manufacture some cerebral parts and organs similar to the human body are being invented with the use of 3D inventions.

The electric appliances that are being used in the world are also due to the latest discoveries of technology. Appliances that are utilized at different factories, homes, offices have made the lives of people easier and faster. The appliances may include the chapatti makers, printing machines, computers, heavy machinery used in factories are all because of technology and its latest inventions.

Access to social media is easier with the help of technology. We can use smartphones, laptops, tablets to access social media websites and applications and entertain ourselves. The latest news and updates about the whole world can be received through such websites. Different TV shows and live videos can be shared and watched through internet facilities being availed by people nowadays.

The latest technology equipment in the modern world has also helped people in paying their bills online. Traditionally, people were likely to stay in long queues to wait for the whole day in order to pay utility bills but now the invention of the latest technology applications has made it easier for people all over the world to pay their bills while staying at home within seconds. People can even send and receive payments to faraway places.

With the help of the latest technology, we can also avail the facility of shopping online with the help of different applications that have been invented for the ease of people. Humans are facilitated with different concessions and discount offers through social media websites and the packages reach their doorsteps in less time. The latest technology has also provided the consumers with the services to buy the products even overseas just by being at their homes.

Social media websites are also used as marketing platforms such as Facebook, Instagram, Twitter, and different websites provide the individuals to publicize their business and attract the customers towards their services by making them aware with useful information. People have the facility to make web pages and earn online through these platforms.

The Internet has made the lives of human beings digital by switching it from social life. The youth and even the adults are also fond of playing online games and taking part in tournaments and leagues played online to achieve the biggest rewards. The invention of the internet by technology has made life faster and limited to digital platforms only. A lot of good players have won big rewards and made money through online games and their super league seasons such as PUBG.

Drawbacks and Flaws of Technology

As technology has made the life of humans easier, it has also made the situation worst as well in different aspects. The use of latest technology inventions including advanced machines, different software, internet facilities and various technology-based ease in lives have made the people bound and stick to one thing. It has been seen in different cases that studies of hundreds to thousands of students have been affected due to the latest technology and their studies have been negatively influenced. People have become addicted to the use of such facilities and the lack of exercise has made them dull and weak.

Different cases have been seen that people have become anti-social and prefer to stay in contact with their loved ones through smartphones and social media websites rather than being in contact face to face. The dependence on social media has made life in the current era more towards being digital rather than social and active. Access to online marts and web stores has made life easier but a lot of fraudulent has also been seen. Many people do not get what they need and a lack of satisfaction has been observed in different surveys due to online shopping.

In different cases, the information to online bank accounts and the storage of useful files in online accounts have been hacked. Cybercrimes have made the life of people full of stress as cybercrimes are quite active nowadays and hackers have been penetrating the privacy of people. The lives and the access to social media platforms as well as the internet facility have badly ruined the private life of people and have a negative impact as well. Hackers have different tricks to get access to the social media accounts of people.

Health Issues and Lack of Exercise

The use of different machines that have been invented for ease of life has made life digital but the lack of exercise has made people lazy. Such as the online marts have lowered the access to physical shops in the current era and people are more likely to shop online even with access to web stores based overseas. The use of different appliances for the help in house chores such as coffee makers, electric vacuums, automatic washing machines, electric dishwashers, etc. have made life faster but people have been involved in different health issues as well for not doing exercise due to the ease of life provided by technology.

People have access to inappropriate information due to the use of the latest technology applications or various software that can provide easy access to indecent data. Specifically, the young generation has been spoiled due to unlimited access and has been involved in different sins due to advanced technology. Different websites are working to provide indecent content and earn money for facilitating people in the wrong way. The adults are also involved in addiction to such information and the rate of sexual violence has been increased to a higher level in the world because of this easy access to adult content.

Technology is still facilitating us for the future with more inventions and introducing more equipment in our lives to provide easy access to our lives. The continued facilities of technology including the astonishing inventions have been observed so far that have made human beings surprised. Life has become altered and technology-based. Some of the following high-tech and latest inventions are discussed that have made a drastic change in human life.