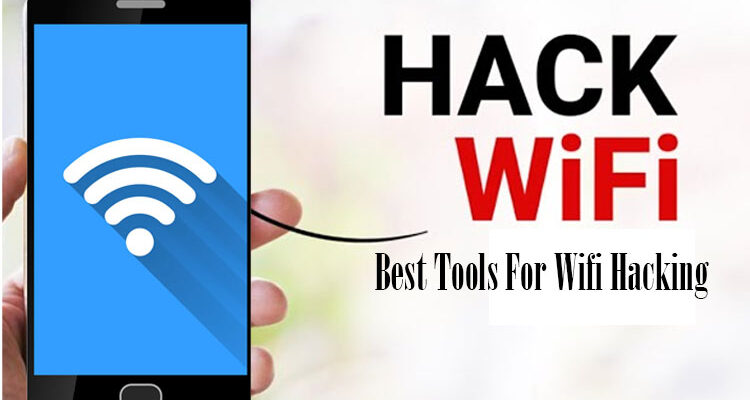 Wi-Fi is widely available. You’ll need to know the password to access many of these wireless connections since they’re password-protected. Wireless cracking tools are designed to help with wireless network security and attack. Some of them are created to help you retrieve your network password as well as the network itself. Others provide details on the structure and vehicular traffic of the network, which might be utilized to plan future attacks. Because wireless networks are so commonly utilized in organizations, cybercriminals are attracted to them. Furthermore, poorly managed wireless networks are readily hacked. WEP and WPA are the two most used Wi-Fi LAN security methods. To get illegal access to a network, you must first crack these security procedures. A range of methodologies can be used to break Wi-Fi encryption. These apps can either exploit WEP weaknesses or use password cracking attacks to attack WPA.

There are two sorts of wireless hacking tools. One may use it to sniff the network and keep track of what’s going on. Hacking WEP/WPA keys is done with another type of tool. These are the most widely used tools for cracking wireless passwords and troubleshooting networks.

Wi-Fi hacking may be done with a variety of tools that are as follows:

Aircrack-ng is a common wireless password cracking program that may be used to crack 802.11a/b/g WEP and WPA passwords. By collecting packets, Aircrack-ng recovers wireless passwords using the finest methods. It tries to retrieve the password after it has acquired enough packets. It uses a typical FMS attack with some improvements to make the attack quicker. The project’s creator also offers an online tutorial on how to install and use it to crack Wi-Fi passwords. It comes in three flavors: Linux, Live CD, and VMware image. Any of them will suffice. It is almost certain to operate with the majority of wireless adapters.

Check that the wireless card can inject packets before you start using it. Then begin cracking WEP. To learn more about the tool, go to the website’s online tutorial. If you follow the instructions properly, you should be able to break into a WEP-protected Wi-Fi network.

Wifite is a Python tool that makes Wi-Fi security audits easier. It automates the usage of current wireless hacking tools, removing the need to learn and correctly utilize the numerous tools and their settings. Wifite2 is a reworking of the original Wifite program. It is advised that you install their extra tools before launching Wifite, since they are required for some of the supported attacks.

Kismet is a high bandwidth scanner that works with Wi-Fi, Bluetooth, software-defined radio (SDR), and other wireless systems. It collects and analyzes packets sent through its region in order to find hidden Wi-Fi networks. Kismet is actively supported and works on all OS systems (using WSL on Windows).

Wifiphisher is a program that enables person attacks by exploiting Wi-Fi associations. By encouraging users to join a fake access point, Wifiphisher allows an attacker to receive, monitor, and manipulate wireless communications.

An attacker may also use Wifiphisher to perform online phishing attacks. These can be used to capture user credentials for third-party websites or credentials for Wi-Fi networks. Wifiphisher is also modular, allowing advanced users to create custom code to extend the software’s capabilities.

InSSIDer is a popular Wi-Fi scanner for Microsoft Windows and Mac OS X. The inSSIDer wi-fi scanner can discover open Wi-Fi access points, track signal strength, and save logs with GPS information, among other things.

InSSIDer is a premium service. Although the basic functionality is free, many extras need a premium membership.

Wireshark is a protocol analyzer for networks. It allows you to monitor what’s going on in your network. You may collect packets in real time and analyze them at a high level, as well as look at the values of specific fields inside a packet. It operates on a variety of platforms, including Windows, Linux, OS X, Solaris, FreeBSD, and others.

Wireshark is meant to be user-friendly, but it has a lot of power below the hood. It’ll be most beneficial if you’re familiar with network protocols and can properly analyze the traffic you’re seeing.

AirJack is a packet injection tool for Wi-Fi 802.11 networks. This wireless cracking program is extremely handy for inserting forged packets and causing a denial of service attack on a network. This tool may also be used to launch a network man-in-the-middle attack.

Airgeddon is intended to be a one-stop shop for wireless network security analysis. It accomplishes this by combining many existing programs and providing a single command-line interface for them all. This simplifies the process of doing Wi-Fi security audits. The Airgeddon CLI guides you through the process and manages all of the underlying technologies.

Another good packet sniffer and network analyzer program is OmniPeek. This is a commercial utility that only works with Windows operating systems.

Despite being a paid tool, OmniPeek is featured on this list owing to its wide feature set. Packet capture, protocol decoding, and network diagnostics are all included in this utility, which is designed to be an all-in-one Wi-Fi network management solution.

CloudCracker is a password cracking tool for WPA-protected Wi-Fi networks that may be used online. This program can also crack a variety of password hashes. Simply drag and drop the handshake file into the tool, input the network name, and start it. To carry out assaults, this program includes a large lexicon of about 300 million words.

In most areas, attempting to obtain unauthorized access to wireless networks is unlawful. If you wish to practice with these tools, do so on a wireless network that you own or have access to through the network owner’s rights. Network administrators and programmers who deal with Wi-Fi-based applications use wireless monitoring and troubleshooting tools. When some of your systems have trouble connecting to the network, these tools can help. Red teamers and penetration testers who are looking for possible weaknesses to attack can benefit from them as well.