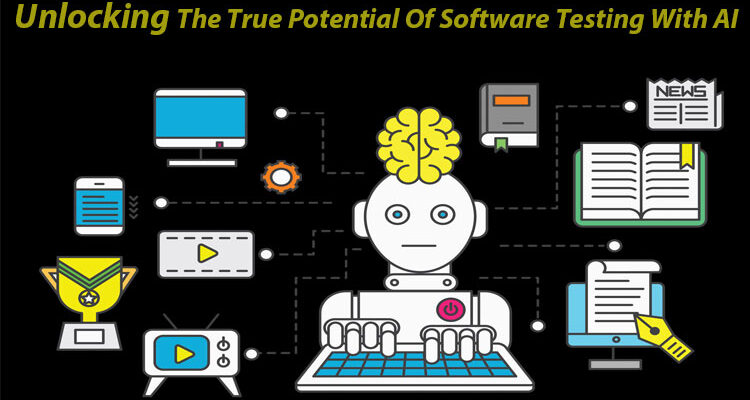 Software Testing With AI – An Introduction

With technological advancements and a boom in the IT business sector, the software development life cycle has become more complex. With the lightspeed timelines of new product launches, there is hardly any time or space for manual software testing. The testing process now needs to be smarter, faster, and efficient enough to eradicate the errors of human testing.

For the same reason, software development organizations are increasingly relying on AI and ML to accelerate their operations. Artificial Intelligence and Machine Learning development services can bring great relief to software companies and their developers when it comes to testing.

The Benefits Of Implementing AI In Testing

With properties like reasoning and problem-solving, Artificial Intelligence can be relied upon to promote greater levels of automation, reduce redundant and mundane tasks that waste time and capital during the developmental and testing processes. Here are ways that you can actively implement AI in software testing.

Understanding the areas, they can be implemented in software or custom mobile application development, which gives rise to a whole new generation of tech. The prospects of this coalition look very promising, but we have barely scratched the surface!