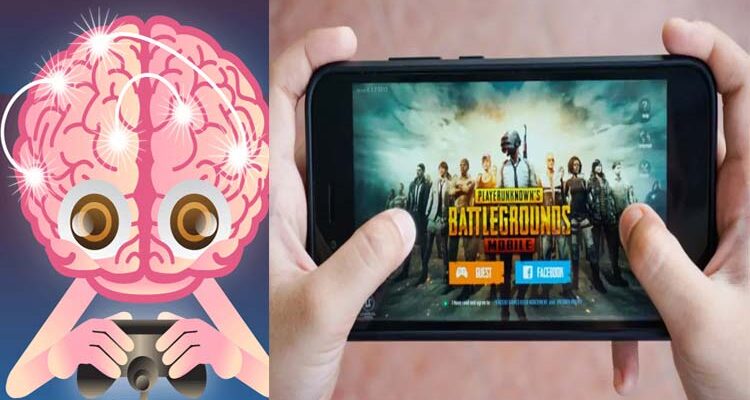 PUBG stands for Players Unknown Battle Ground. It is an online game and is super famous all over the world. PUBG was inspired by a Japanese movie called ‘Battle Royale’. At first, this game received many positive reviews but things got worse when people around the world started to get addicted to it. Games are supposed to be an entertainment unit for all but being addicted to it is not entertaining at all. And addiction to anything is not good at any cost. There’s a saying of Kashmir students that;

The PUBG game has influenced greatly the quality of life of everyone playing it, mostly students. Video games were meant to release the tension from a hectic schedule but this one is so far increasing the tensions in student’s life. They now don’t have time for their parents, siblings, or their friends. Including these following are some of the reported side effects of playing this game too much:

In a student’s life, academic performance is all that matters and anything affecting it should be considered as a dangerous factor by the parents and the students too. It was reported after a few years of PUBG that children started to spend more time playing the game rather than their studies. They were missing all of their assignments, tests, home works, and all other school activities just to spend their maximum time on this game.

There is this negative vibe radiating off from this game due to all the blood, and murder. This extreme violence is badly affecting the thoughts of students making them aggressive in their thoughts and behaviors. This game also affects the emotions and also on the mental health of the player. There are some cases reported where boys killed themselves due to all the hostility and aggressiveness caused by this game’s addiction.

This has been reported that a 24-year-old guy died due to this game. To be very accurate the stress and excitement of this game cause the brain cells to bleed, also called necrosis. It brings a lot of tension and anxiety along with it that a person playing may have his brain-damaged or compromised.

Playing it right before bedtime can bring a lot of problems with it. First of all, you won’t be able to shut the game for your sleep because, in the end, you won’t even feel like sleeping as your game was not over yet. So that anxiety of completing that level and checking out what another level contains can lead your game on and on. And secondly, this game is a high source of sleep deprivation. Sitting for a long period of time in a single posture can make it difficult for you to lie on your bed even if you want to because gaming is purely associated with poor sleep.

Playing for long hours and sitting in one position is the common cause of severe obesity. The person tends to be lazy for hours of sitting and this laziness can reduce metabolic health. Also staring at the screen constantly can weak your eyesight and also give you a severe headache. This long time of inactivity can reduce the strength of muscles and joints leading to the permanent wrong posture of the body. Severe headaches can slow down brain activity.

Due to spending a lot of time online playing this game, dangerously affects your relationship with others who may be your family, your friends, or maybe your relatives. Addiction to this game does not permit you to chit chat with your friends or family and will cause you to become socially inactive due to continuing playing online. No one would want to talk to you as you won’t be sparing anytime for them. This can be a major drawback for a student who is in the development stage as the game PUBG is a great cause in lowering self-confidence.

PUBG is a major cause of losing the track of time. This mainly happens with the students. One single match can cost one hour of your day whereas playing multiple matches will cost much time of your day doing nothing at all. Due to this, you cannot manage your mealtime, family time, or time for any other activity or home assignments. All you will do the entire day is ‘Play’.

Most of the people playing this game are aged between 12 to 20, which is the growing age of one’s life. At this age, the mind of a child is developing and is assessing all the rights and wrongs. Playing this violent brutal game for hours triggers the violence in the minds of children. They are becoming more rude and harsh in their behavior which might be a dangerous and risky point that may lead to further damage to their personality.

The students are building blocks of a country and are supposed to be engaged in their studies struggling for their careers but because of the addiction they are becoming lazy and tender, being sensitive to hardships, and not wanting to do anything but play.

This world is full of technologies, as we know it, but that does not mean it can be used excessively or addictively. The unrestrained use of technology and including the fun part of it can truly harm us in ways that we never think about. There is a famous quote about it;

“The addiction destroys everything in its path. Getting out of the way is the most loving form of detachment you can practice”